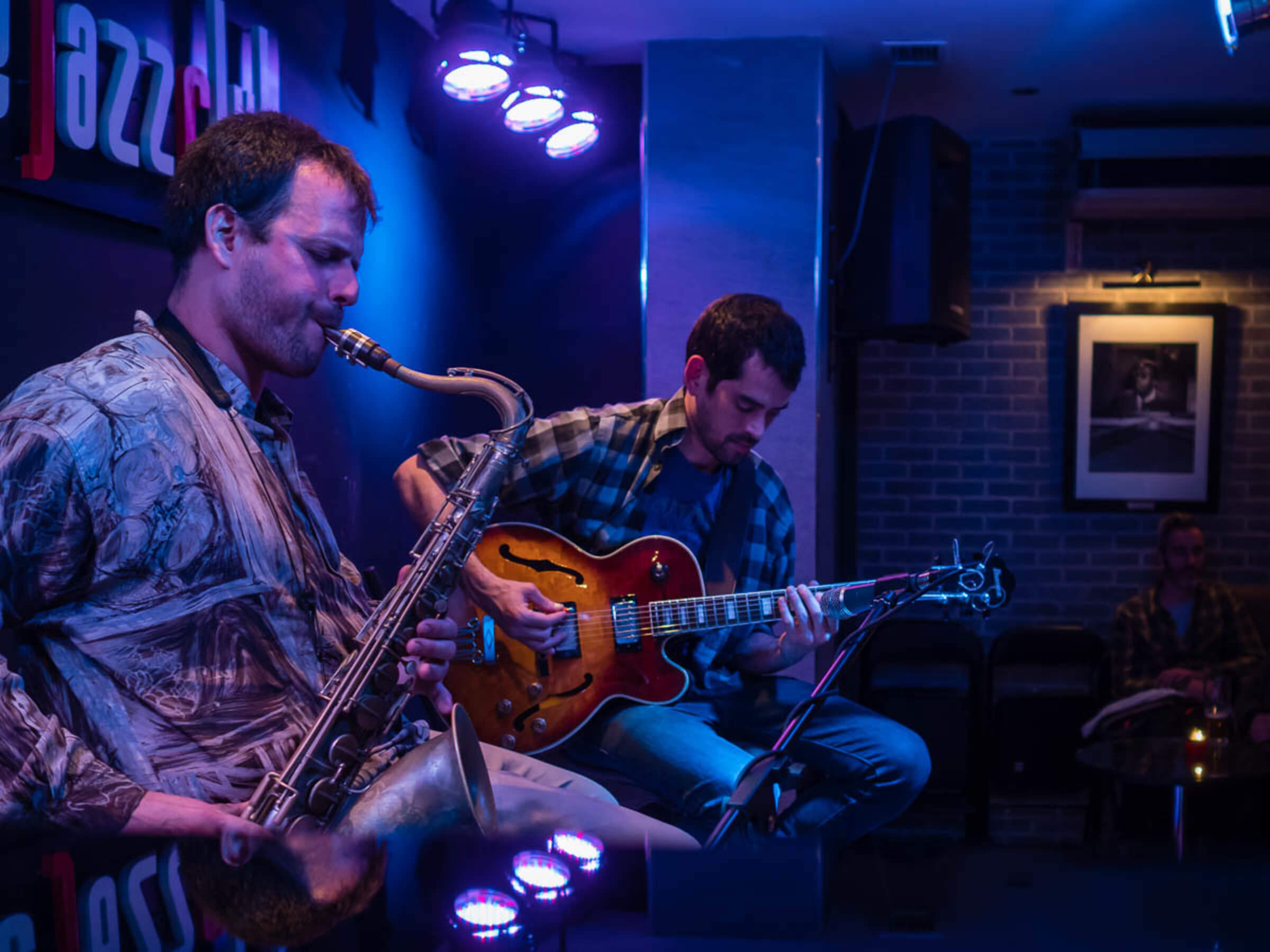 ‘An afternoon of jazz music in the Museum Café’

Red Light jazz is an annual jazz festival in and around Amsterdam’s famous Red Light District. Started in 2014, initiated by local entrepreneurs, Red Light Jazz highlights the rich tradition Amsterdam has as a true jazz city.

Saxophonist Enrique Oliver Enrique is one of the promising jazz talents of Spain. He comes to Amsterdam especially for the Red Light Jazz festival at the invitation of his friend/colleague Gideon Tazelaar who played often at the museum during Red Light Jazz.

Born in Malaga in 1985, Enrique started studying saxophone at the age of eight. He soon became interested in jazz and began to immerse himself in the world of improvisation, taking lessons, attending seminars and studying the great tenor masters such as Sonny Rollins, John Coltrane and Coleman Hawkins.

In 2005, after completing his studies at the Conservatory in Malaga, Enrique moved to Barcelona, where he was immediately absorbed into the local jazz scene, performing regularly on stages and festivals with musicians such as Albert Sanz, Jorge Rossy, Felix Rossy, Jaume Llombart Albert Bover and Joan Chamorro.

Enrique worked as a sideman on more than 30 albums by Spanish jazz artists. He debuted with the album “Introducing Enrique Oliver quintet” with his own compositions. Enrique also leads the band Wild Bunch with whom he recorded two albums: “Sexy Drugs” and “Wild Bunch”.

With guitarist Jaume Llombart, Enrique forms the duo Llombart & Oliver. Together they gave more than 100 concerts in the past 10 years, and produced 2 albums.

Enrique has performed at the most important jazz festivals in Spain (Barcelona, San Sebastian, Getxo, Madrid, Valencia, Seville, Malaga and Granada) and at festivals and venues in many other European countries. He has also performed in the United States, South America and North Africa.

In 2018, Enrique was chosen to participate in the international Focus-Year program in Switzerland, with inspiring coaches such as Joshua Redman, Kurt Rosenwinkel, Mark Turner, Wolfgang Muthspiel, Guillermo Klein and Dave Holland.

In the café of Museum Ons’ Lieve Heer op Solder, Enrique will be assisted by Thomas Pol on double bass and Cornelia Nilsson on drums.