Hidden in the heart of Amsterdam’s inner city is a small miracle: Museum Our Lord in the Attic. Visitors discover a rare well-preserved canal house from the 17th century. Narrow corridors and staircases lead to historically decorated living quarters, kitchens and sleeping quarters, to end in what is literally the highlight of the museum: a complete church in the attic.

The church was commissioned by the then owner of the property: the wealthy Catholic merchant Jan Hartman (1619-1668). He lived there with his family in the period when public Catholic celebrations were officially prohibited in the Netherlands. The Protestants had taken over power in the city in 1578. Roman Catholics – some twenty percent of Amsterdam’s population in the seventeenth and eighteenth centuries – were then relegated to second place. They could no longer attend mass in official churches; from then on these were reserved for Protestant worship. 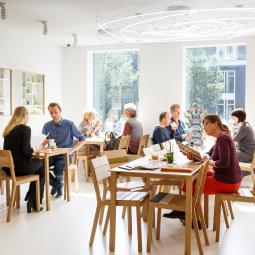